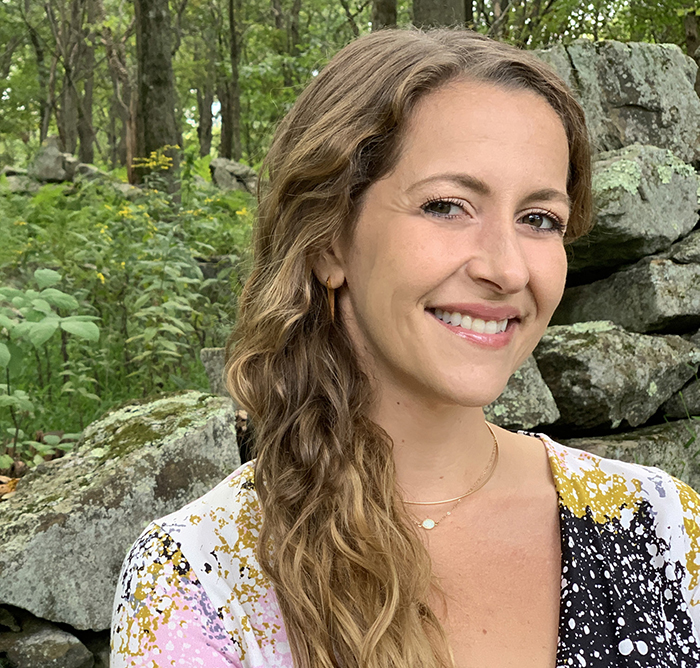 I’m the designer of the Leiamoon vaginal steam seat! I certainly didn’t end up here by following a straight line, although I tried my darndest…

It was the spring of 2016, and I’d finally done it. I had spent the previous years studying to pass seven architectural licensing exams, and I was working hard on my relationship with long-time boyfriend, Andrew, trying to level up our commitment. Neither one was an easy task. It took a lot of time, stress, and concentration, but by that spring, I did it! I was a licensed architect, new business owner, college professor, and an engaged woman. I had finally checked off the boxes that I believed would equal my happiness.

But in reality, I was totally burnt out. Self-care was completely off my radar. I even considered it a waste of time. I had developed a sizable uterine polyp I now know was the result of sacrificing myself to get where I wanted to be. I had become deaf to my own inner voice and it totally caught me by surprise. I knew I had some work to do in order to re-balance, but I felt pretty lost.

And then one day, I walked outside of my apartment building and stopped dead in my tracks. The previously vacant storefront across the street was freshly painted and newly clad in glass with a large white decal that read, “HELP YOUR SELF.” It struck me like a lightning bolt. Instead of continuing down the block to the subway, I walked inside the shop to look around. The walls were lined with teas, tinctures, tarots, and plants. As I perused the space, my mind flooded with memories of being a little girl running free through the woods, making fairy potions from twigs and flowers. I began to remember a deeper part who I was: a healer, an herbalist, a magic maker, a lover, a wise woman, and a channel for feminine light. As I opened myself up to these memories, I felt my intuition telling me it was time to loosen my reigns on life and let go of my desire to control it. I decided to listen. 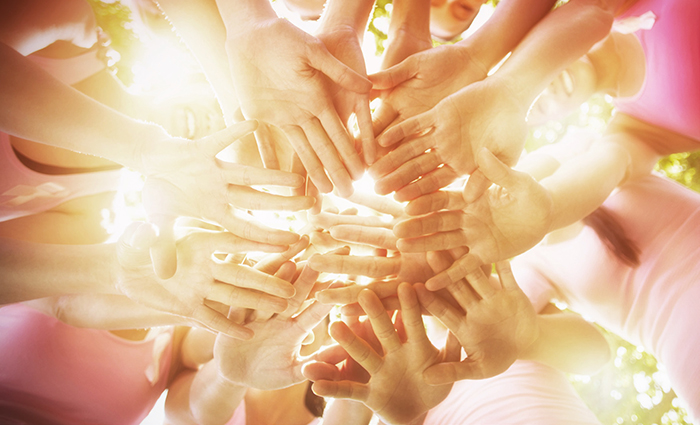 A few weeks later, I found myself at my first Women’s Circle on the summer solstice. Living in a male-dominated urban environment—especially in the architecture world—I had grown accustomed to keeping my guard up, avoiding vulnerability. But there in Circle, all walls came crashing down. We drank tea, shared our stories, and sang songs. It felt really cathartic and instinctual to be with women in my community, spontaneously pouring our hearts out about anything and everything, listening deeply.

Towards the end of the gathering, the facilitator, La Vonne, asked us to close our eyes and connect with our womb space. She described the womb as our intelligent feminine organ of creativity and inner-knowing, the kind of inner-knowing I previously had no space for. She urged us to cultivate a regular conversation with this mystical space within ourselves, within the context of all human consciousness. She then presented us with a self-care practice to ritualize our womb connection at the end of each menstrual cycle: vaginal steaming (also known as yoni steaming).

WHAT?!! I had never heard of it before, and though most of the language was quite strange to me at the time, I felt revived by these words and was immediately intrigued. As I stared curiously at La Vonne, she explained that vaginal steaming has ancient roots in many different cultures, that she learned it from her midwife ancestors, that she had herbs for us to try steaming with at home, and that it would change our lives. She was right.

Later that week, I boiled a pot of water on the stovetop, set it on the floor of our living room, removed my clothes from the waist down, tossed in the herbs, and assumed a squatting position with a blanket wrapped around me. I felt immediately relaxed and recognized how rare it was to allow my body to open in complete calmness, on my own terms, in my own space. That in and of itself was profound. All of the years I had spent recoiling—physically, emotionally, and energetically retracting from a lifetime of experiences as a woman in a man’s world—were laid to rest with this simple, warming, softening act. Times I felt unsafe, rejected, undervalued, sexually traumatized, or went into fight-or-flight mode had all caused a tightening in my core. Some of these instances were subtle experiences, buried in my subconscious. Others were more severe—a punch straight to the gut, leaving behind a vivid imprint. Vaginal steaming invited me to acknowledge and release this trapped internal tension. This release felt like a magic antidote, tuning me in to the vital role of self-care in my life. What an empowering, deeply feminine practice.

Since that time, I’ve been steaming each month, a few days after menstruation. For me, this generally aligns with the new moon, a time when I call upon my intuition to guide me into my next cycle with clear vision. I just wish I had learned about steaming sooner! Now that I’ve experienced firsthand how integral feminine self-care practices are to a woman’s overall well-being, I feel more more grounded in mind, body, and spirit, and inspired to share this message with a greater audience. 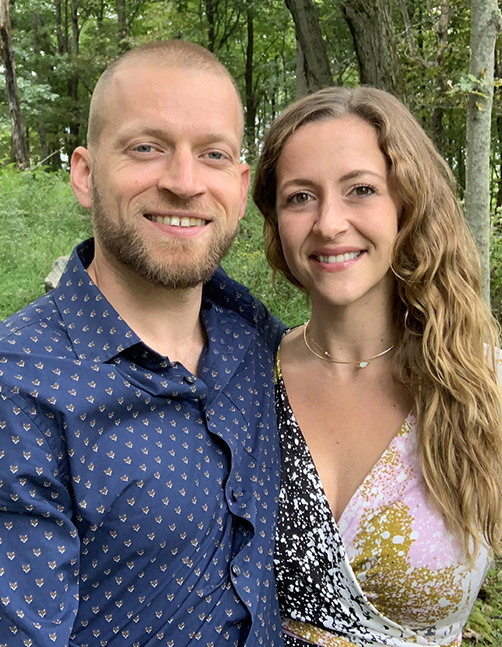 From the moment we met, I knew Jessica and I were coming together for a greater purpose… I just wasn’t quite sure what it was. By that time, I had graduated from law school, moved to New York to pursue an acting career, toured with a few rock bands, and enjoyed a blooming career in Brooklyn real estate—but I was just scratching the surface.

My first insight into what would become our shared mission came during a shamanic training retreat in the Peruvian jungle back in 2010. On that trip, I experienced profound healing beyond my wildest imagination, thanks to the power of plant medicine and a divine feminine awakening. Over the next six years, both of these concepts played vital roles in pushing me to be my best self and deepening my relationships—especially with Jessica. As our partnership evolved, the nature of our quest slowly crystallized.

The night Jessica came home from her women’s circle and told me about vaginal steaming, I felt the stars align. Her eyes lit up as she described the ancient wisdom ingrained in the practice and how today’s women are reawakening to it. The parallels to my jungle lessons were uncanny: the herbs acting as plant medicine, and the womb as the divine feminine center. It was the last thing I had ever expected, but vaginal steaming was revealing itself as the missing puzzle piece in our life’s work.

I couldn’t believe this tradition had been around for thousands of years, yet was still so little-known in 2016. We immediately dove into research mode to uncover as much information about it as possible. The deeper we dug, the more confirmation we received of vaginal steaming’s rich global history and countless benefits. Our discoveries were also timely: In an era when awareness around the importance of  paying attention to this part of our bodies is increasing, women have been seeking out more viable self-care options. We connected our research to this growing need, and LEIAMOON was born. 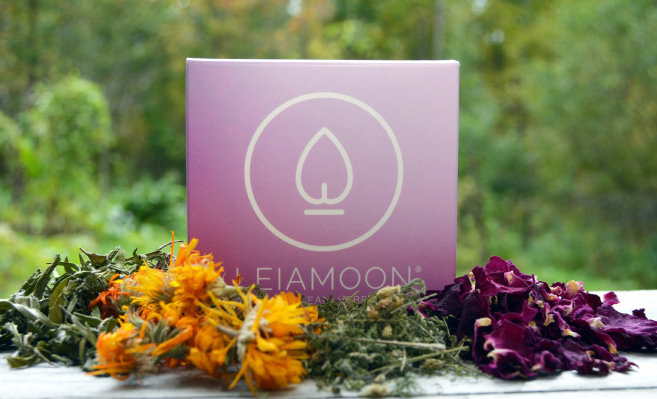 Ever since then, we have been working to make vaginal steaming an easily accessible practice for any woman in her home. We are doing this by spreading awareness about the practice, interviewing experts, publishing and supporting research efforts, sharing the stories of real women, producing premium herb blends specifically crafted for vaginal steaming, and bringing the first home electronic vaginal steam seat to the U.S. market.

This is our love, our passion, and our purpose, and we are thrilled to share it with you. Thank you for joining us on our mission to Empower the Womb.